The Royal Bath & West Show is delighted to be title sponsor of the Western Daily Press Food & Farming Awards 2019.

Recent years have seen an exciting evolution at the Show with an all new area dedicated to Great British food and drink, featuring over 100 exhibitors; ranging from artisanal producers to funky street food merchants, and almost all from the West of England. Visitors to the Show have the opportunity to meet the producers and sample some of the very best local produce.

A rich vein of food and drink runs throughout the event; the Show is home to the British Cheese Awards, a showcase of over 1000 cheeses ranging from small artisan producers to large scale manufacturers who export around the world. The British Cider Championships attract over 600 entries from across the UK – with increasing numbers from beyond these shores – and with the renaissance in artisan ciders, both traditional and modern, the orchards and cider area is going from strength to strength. 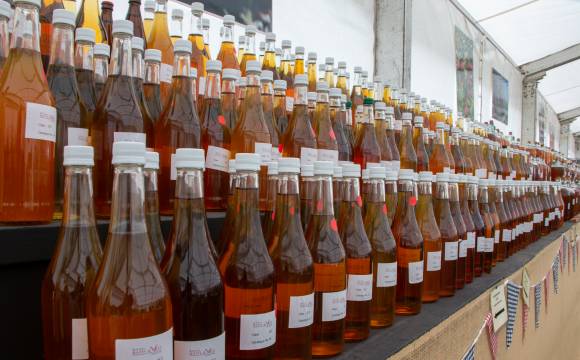 Chief Executive of the Royal Bath & West Society, Rupert Cox, describes the Western Daily Press Food & Farming Awards as “a great vehicle for our ethos of local food and drink”.

“We’re proud to be the title sponsor for another year,” he says. “The whole idea behind the awards resonates with us, so putting ourselves forward as the title sponsor and sponsor of the best farmer category, was an easy decision to make.”

“We look forward to hosting the Awards ceremony in our newly refurbished Wessex Pavilion and showing off our new facilities to the other sponsors and entrants.”

Entries for this years awards are now OPEN. Head to the Western Daily Press Food & Farming Awards website to enter. The Awards are free to enter & are all about celebrating the best of the West Country. Entries are open until 12:00pm on Monday 4th March 2019.