After careful consideration the decision has been reached to postpone the 2020 Royal Bath & West Show until Friday 31st July, Saturday 1st and Sunday 2nd August.

Richard Calver, who farms at Lower Westcombe Farm, Evercreech, Somerset, received the award on the eve of the show, in front of hundreds of people at the Dairy Industry Dinner. “The farm that our recipient comes from has had a tradition of cheddar making for over a century, with cheese being made at the site since the early 1900s,” said Michael Masters from Barbers Farmhouse Cheesemakers, who presented the awards.

“It is with respect to the traditions of the farm and the region that he produces beautiful cheeses including their famous Somerset cheddar. Richard is always happy to open up his farm and cheese making facilities to visitors, and to embrace new technology and ideas.”

Mr Calver was nominated by two individual companies, making him a very deserving winner. He is also very active in several committees pivotal to the running of both the Royal Bath & West Show and the Dairy Show. “The way he has brought his son into the cheesemaking and embracing all his new ideas and automation again is inspirational,” said Mr Masters.

The Calver family have been involved with Westcombe Dairy since the 1960s, but cheese has been made there since 1890. Over the years the farm evolved from making traditional cheddar to modern block cheddar – but in the 1980s Mr Calver brought about a return to conventional ways in a bid to maximise quality over quantity.

“Controlling every element of the cheesemaking process from the field to the dairy is essential to producing a high-quality end product,” explained Mr Masters. “The fertile soils, lush grasses and fresh spring water provide the perfect climate for cheese making. Not only does this mean better quality milk, but the warm microclimate provides the perfect conditions for the cheese to mature in.”

Having brought his son Tom into the business – a trained chef – the dairy went from strength to strength, winning multiple awards for its cheddar, Caerphilly, ricotta and other cheeses. “Richard is very hands on with his dairy farms and farms to the highest standards, but empowers his staff to run their dairies and to come up with ideas and improvements,” said Mr Masters. “Whenever you leave his farm you always feel motivated and glad to be part of this great industry.” 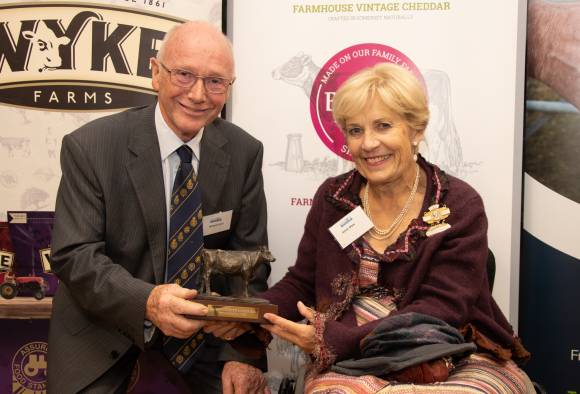