The Jersey Cattle Society of the United Kingdom are delighted to announce confirmation of the show case of their breed continuing at The Dairy Show.

The Jersey Cattle Society of the United Kingdom National Show will once again take place at The Dairy Show on Wednesday 3 October at the Bath & West Showground. 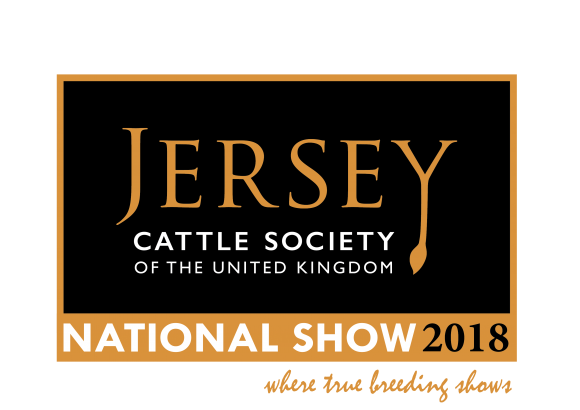 Alan Lyons, Head of Shows said “We are delighted to once again welcome the National Jersey Show to The Dairy Show, it was an honour and pleasure in 2017. Jersey classes have always been strong at The Dairy Show, and we look forward to welcoming Jersey Exhibitors old and new to the Showground in October.”.

Classes will be held for calves and showmanship on the evening of Tuesday 2 October with a full range of Jersey classes the following morning. An exciting, additional “Lifetime Class” to showcase the longevity of the Jersey Cow has been added this year, which is open to Senior Cows in higher lactation numbers who are wonderful examples of the breed.

The society are thrilled to welcome internationally renowned dairy judge Alta Mae Core of Keightley & Core Jerseys to preside over this prestigious event. Alta Mae and her husband Jeff, along with their three children Brady, Brittany and Brooke hail from Kentucky.

With a strong belief in the importance of cow families, bulls have been used to produce generations of success. In fact the Keightley and Core names have been synonymous with true quality since the early 1950’s. To name a few of the stars:

A five time All American and winner of numerous production awards. Treasure defines the breeding philosophy at KCJF being homebred on both sides, producing a strong cow family which balances type and production.

By a KCJF Regency Treasure EX97 son, she won the 2012 National Jersey Futurity Jug following on from her 2011 success as All American Two Year Old.

Ritzy’s dam, KCJF Centurion Ritz was All American Senior Two Year Old 2009 and a stalwart member of the show team.

Molly made a tremendous impact of the herd with both her male and female progeny. Three two year olds scored 89 points and were all directly from this family and her son KCJF Mollys Ren Motion sired one All American and two Reserve All Americans.  Another son KCJF One In A Million had semen collected and is widely used.

With a real focus on the dedication and sacrifices involved to flourish in farming and show business, the whole family have truly succeeded.

To register your interest in the National Jersey Show, please contact your Field Service Officer Becky Hurd on 07814 497520 or email becky@ukjerseys.com