Head of Shows Leaving the Royal Bath and West Society

The Royal Bath and West Society is very sad to announce that its Head of Shows, Alan Lyons, has decided to leave the organisation after being a valued part of the team for more than 20 years.

Over the last couple of years, during the pandemic, Alan has been instrumental in managing an ever changing show programme. Alan and his team created and delivered the Bath and West Country Festival in 2021, following the cancellation of the Royal Bath and West Shows in both 2020 and 2021. During this time of enormous pressure and change, he delivered a successful and innovative Country Festival followed by a very successful Dairy Show.

The Society very much regrets Alan’s decision to step down after leading the Show Team through some difficult times during the pandemic.

Alan brought a wealth of knowledge and experience to the Society and was responsible for the organisation and delivery of the Society’s flagship event, The Royal Bath and West Show together with the Dairy Show and triennial Grassland Event.

He had vision and enthusiasm to develop these events and retain their relevance over the years. Alan was particularly keen that there was a wide range of Food retailers at the Royal Bath & West Show and he was determined that food should be local and traceable wherever possible. Similarly, he always sought a wide range of entertainment and music for visitors, and saw the introduction of the Pilton Music Tent on the Village Green.

Alan was involved with shows from an early age and through his own involvement of showing livestock he was able to fully appreciate the challenges of showing animals and the needs of livestock & equine exhibitors.

More recently, Alan was also instrumental in developing the Field to Food Education Day where up to 1,450 Primary School Children learnt about food, farming and the countryside.

The plans for the 2022 Royal Bath and West Show are well underway, under the guidance of Jess Chiplen, the Deputy Head of Shows. The show runs from 2nd – 4th June and will have a Platinum Jubilee theme.

Alan will be very much missed not only by his colleagues but also by the Society’s wider stakeholder group including committee members, exhibitors, stewards, competitors, trade stand holders and his show colleagues across the Country.

The Society is indebted to Alan for his commitment over the years and wish him well in the future. 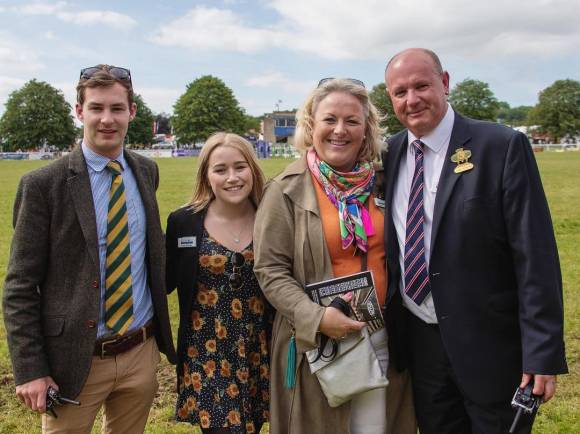