The Royal Bath & West Show is enjoying strong competition entries again this year, with an enormous variety and number of breeds represented in both the farm and equine classes.

The Royal Bath & West Show is enjoying strong competition entries again this year, with an enormous variety and number of breeds represented in both the farm and equine classes.

“In the sheep section, we have 13 breeds showing an increase in entries, including Zwartbles, Southdowns, Kerry Hill, Dorset Horn & Poll Dorset, Blue Texel and the Any Other Native Shortwool,” says head of shows Alan Lyons. “We are also hosting the Texel Society Focus Show, for which owners have shown huge enthusiasm, generating a massive 136 entries.”

Last year’s Texel and interbreed sheep champions, Paul and Christine Tippetts, will be returning to defend their crowns this May half term. “Showing is a show window for people to see what we are breeding,” says Mrs Tippetts. “It’s also an opportunity to spend time with fellow breeders and to socialise with like-minded people. It takes months of preparation and a lot of hard work but to win is a tremendous feeling – a real buzz.” 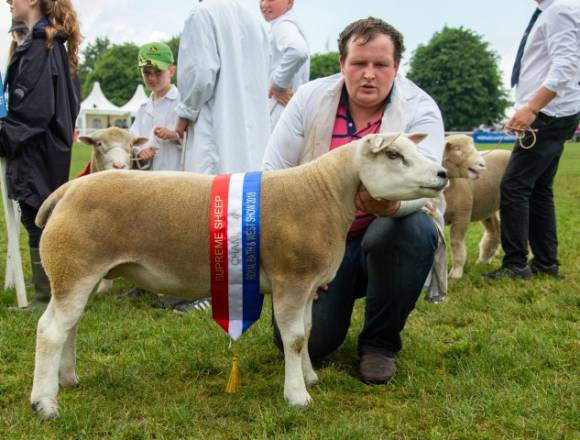 Despite challenging times for the beef sector, given the limitations imposed through TB, eight breeds have increased entries, led by Devons and Any Other Natives, followed closely by Limousins, says Mr Lyons. And it’s clearly a competitive section, as last year’s champions, Nick and Lisa Hill – along with their children Archie and Lottie – concur.

“Preparation takes years,” says Nick. “It’s all in the breeding – you can’t make a silk purse out of a pig’s ear. And the final preparation lies months ahead of the show; a huge amount of time and effort is put in behind the scenes with halter training, training hair growth and keeping the animals fit and on form for the big day.

“But it’s great fun and the family all really enjoy meeting similar-minded people. It also helps promote our herd and breed; we are all quite competitive and thoroughly enjoy that aspect of showing.”

In the pig section it’s good to see three breeds with higher entries, particularly the Gloucestershire Old Spots, which have almost doubled in numbers since 2017, says Mr Lyons. Other breeds increasing are the Large Whites and Tamworths.

With the new equine area proving to be a great success, it’s hardly surprising that equine entries are also on the up – and the Society is busy watering the ground to make sure it’s in top condition come show days.

“The ever-popular Dartmoor ponies have increased by 50% to 30, followed by the Welsh sections A and B, standard Shetlands, Highlands and Connemaras,” says Mr Lyons. Senior horses and ponies over 15 years of age continue to grow in popularity, with significant increases in both the in-hand and ridden classes. “Finally, the working hunter classes see an increase of 10 to 48 in five classes.” 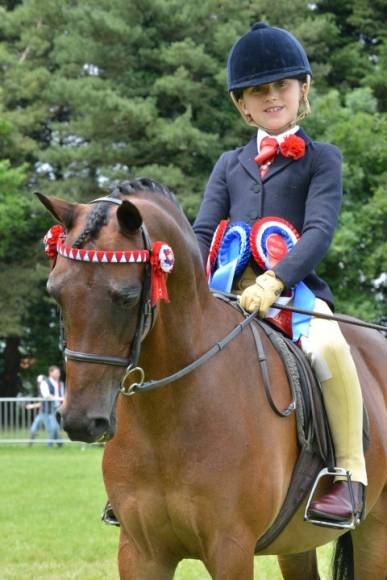 In the heavy horse section, the new team class of up to six horses has boosted turnout and harness entries by 13 to 35, while the popularity of ridden heavy horses continues to grow, year-on-year.

Last year’s Cuddy qualifier was Triple Crown, shown by Simon Charlesworth. “Winning a Cuddy qualifier is always special because it’s essentially a supreme of show with a great depth of quality animals,” explains Mr Charlesworth. “There’s a lot of history to the Cuddy as it goes to the Horse of the Year Show – it’s not an easy thing to do and there have been so many very famous show horses over the years that have won it.

“In 2010 I was champion at HOYS in the Cuddy final with a Hack broodmare and my dad was reserve champion with a Riding Pony – that was great as no other family has achieved that before or since.”