The build has begun for Somerset’s largest event of the year, as the marquees and other temporary structures start to go up for this year’s Royal Bath & West Show.

One of the biggest agricultural shows in the country, the four-day event attracts around 135,000 visitors and takes place from 30 May to 2 June at the Bath & West Showground near Shepton Mallet.

In total, 1.5 hectares (3.8 acres) of the Showground will be covered by marquees, pavilions and temporary stables, which take almost three weeks to build. 3.5 miles of barriers and 1 mile of temporary fencing will go up from this week, as well as more than 1,200 signs.

This year there will be 3,000 different animals at the Show, including over 500 horses, almost 400 cattle and about 900 sheep. 300 temporary stables are currently being built to help house them all.

Rupert Cox, Chief Executive of the Royal Bath & West of England Society, which organises the Show, said, “The adrenalin kicks in with the build up to the Royal Bath & West Show. From being a quiet Showground with minimal activity to a small town all happens in just four weeks – and a crazy four weeks it is. Mowers careering around clipping grass, marquees going up and paintbrushes working in over-drive all contribute to presenting the Showground in such a pristine way.

“As the largest agricultural show in the south of England, the four days of the Royal Bath & West Show are very special, but would not be possible without the sterling work of our staff and sub-contractors. Then, when the Showground is ready, we hand it over to the wonderful troupe of over 400 volunteers who make the show come to life – without them, we wouldn’t have a Show.” 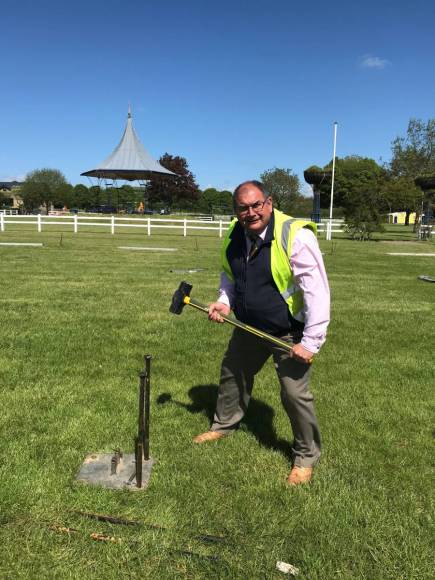 The Royal Bath & West Show continues to go from strength to strength, with increased numbers of entries for many of the competitive categories, including Private Driving which has more than doubled this year to its highest level in many years.

Cider entries have increased again, with over 600 entering the British Cider Championships, which is held at the Show. The British Cheese Awards, meanwhile, has attracted more than 1,000 entries this year.