This year’s Royal Bath and West Special Award for Outstanding Services to the Cider Industry has been presented to Martin Thatcher, who heads up the family cider business at Sandford in North Somerset.

“Martin Thatcher has not only transformed his family business, so that Thatchers’ products are now available in virtually every supermarket in the land, but he has been a great ambassador for the cider industry as a whole”, said Alan Stone, Chief Steward of Orchards and Cider at the Royal Bath and West Show today (Thursday).

Martin is the fourth generation of Thatchers to lead what is still very much a family business, despite the scale of its expansion over the past 25 years, following in the footsteps of William, Stan and his still very active father John, who has himself made a huge contribution to the cider industry. “Innovation has always been key to Martin Thatcher’s success and from a farm based business it has grown into a supplier of every supermarket in the country”, said Mr Stone

“Product, packaging and marketing all had Martin’s business brain applied to them. Thatcher’s Gold became a brand leader exploiting the potential for a convenient, high profile but still quality product that is now so well known. He was also one of the first to invest in single variety ciders, with Katy, a cider made from a dessert apple, becoming a best seller.

“Under Martin’s leadership, Thatchers have managed to tread a fine line between commercialism and tradition. He has done that by remaining true to the apple, overseeing the planting and management of many new orchards, growing apples to a high standard and developing new varieties of apples.”

“Through their sponsorship and advertising, Thatchers have not only made their products household names but have also put cider as a product back on the consumer’s map, to the benefit of everyone in the industry”. 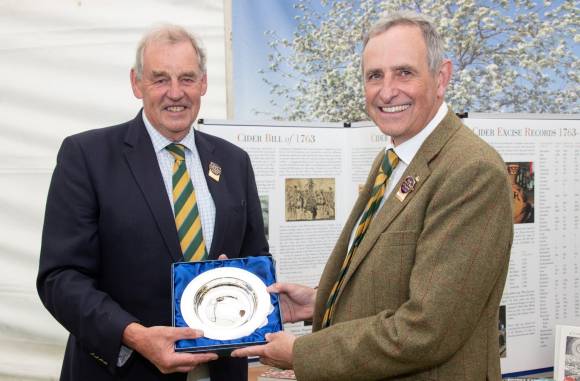