Native breeds in the spotlight at Royal Bath & West Show

Native breeds and the local rural economy will be at the heart of the Royal Bath & West Show this year, with new livestock and equine classes and world class West Country food and drink.

The Show – which is now in its 155th year – will feature new Ayrshire and British Blonde cattle classes, as well introducing North Country Cheviot and Southdown classes to the sheep ring. In addition, there will be new classes for Hackney horses, with a whole day of private driving on the first day of the event.

“Some of our native breeds are really under threat,” explains head of shows Alan Lyons. “Hackney horses – once the mainstay of London cab transport – are now critical on the Rare Breed Survival Trust list. Otterhounds, which have a great tradition in the West Country, are one of the most endangered dog breeds in the country, with only 28 puppies registered last year. That’s why we’re so pleased to invite these important breeds to the show, to raise their profile and help people to understand more about them.” 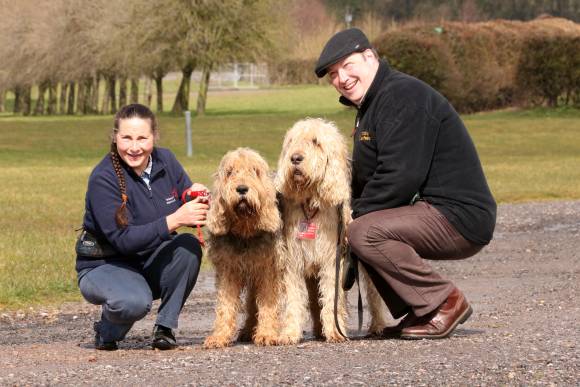 Sheep entries – which reached a record 1,525 head last year – are already looking very positive, and visitors can also look forward to fast and furious competition including the Six Nations wool handling championship and live team shoeing in the farrier area.

Other new features include stunt bikes in the Sports Village, the Dorset Axemen in the woodland area, and cider and cheese pairing alongside the British Cider Championships and British Cheese Awards. “As a charity, we feel it’s important to champion and support local businesses, so most of our 125 food exhibitors – including the cheekily named ‘Donald’s Rump’ – are from the west Country,” says Mr Lyons. “We’ve also got plenty of live music and a new app to make it easier to plan your day.”

The Royal Bath & West Society puts its money where its mouth is, by partnering with local organisations and businesses rather than contracting out through agencies, explains chief executive Rupert Cox. The show enjoys the support of more than 400 stewards and volunteers, 60 girl guides, and even the Castle Cary rugby club, which operates the main ring. “Somerset also has a strong tradition in carnivals, so we like to partner with local carnival clubs,“ he adds.

But it’s not all about the local talent. The show attracts judges from all over the world, along with some of the best livestock and food in the country. “We have over 11,000 competitive entries, from chickens and cheese to shire horses and sheep,” says Mr Cox. “Some classes are national championships in their own right, while others are qualifiers for prestigious events like Horse of the Year Show and Olympia. This really is a regional show with national significance.”