With less than 50 days to go until the Royal Bath & West Show, entries will soon be closing for competitions ranging from private driving and sheep shearing to bees and honey, cider and cheese.

Entries for the very popular equine classes have been flooding in, with new competitions this year including gypsy cobs – both ridden and in-hand – a stallion class in the riding pony breeding section, and a driven team of three, four or six heavy horses. Qualifiers include the Cuddy championship for the Horse of the Year Show, the National Hunter Supreme Championship, the British Arabian Championships and the Irish Draught Horse Challenge.

In the show jumping rings, some of the UK’s top riders will be hoping to qualify for the British Showjumping National Championships, the BHS Royal International Horse Show, and the Horse of the Year Show.

“With more than £52,000 in prize money up for grabs, and our stunning specialist equine area, the Royal Bath & West Show is one of the most prestigious events on the equine calendar,” says head of shows Alan Lyons. 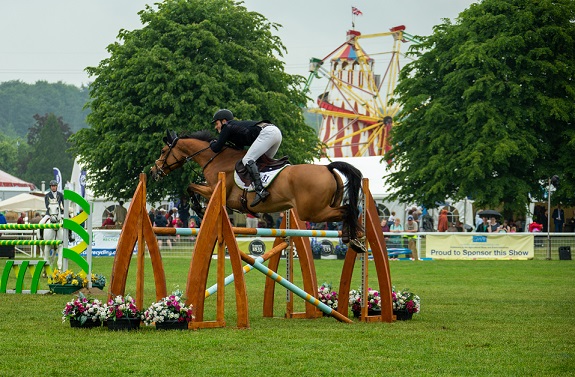 Other competitions include the British Farriers & Blacksmiths Association Championship, the Apprentice Championship and classes contributing to the acclaimed Champion Blacksmith of the Year award.

A short walk from the farrier pavilion is the bees and honey tent, with classes including observation hives, comb and jar honey and beeswax decorations. The general public can even get involved with the public choice awards. Having whetted their appetite, they can then head to the British Cider Championships and British Cheese Awards, to try out some of the UK’s best produce.

“If you’re looking for a quieter pastime, why not head to the floral art tent, which features a range of competitions including the People’s Choice award and Pop-Up Garden category,” says Mr Lyons. “Or nip into the art competition and be inspired by beautiful paintings and sculpture from the region’s artists – even vote for your favourite work and take it home with you.”

Livestock are a key part of the South West economy, and the best dairy and beef cattle, sheep, pigs and poultry will be competing for top honours in the livestock rings. This year, new classes include the Dexter National Show; commercial cattle; Portland, Primitive and Shetland Sheep and veteran sows. “We are also hosting the Golden Shears Junior and Open Sheep Shearing Championships, attracting the best sheep shearers from across the country,” says Mr Lyons.

“Whether you are after fast-paced competition, the best food and drink in the country, or something a bit more relaxing, the Royal Bath & West Show has it all. And with live music continuing well into the evening and on-site camping, exhibitors and visitors alike can really make the most of their day out.”